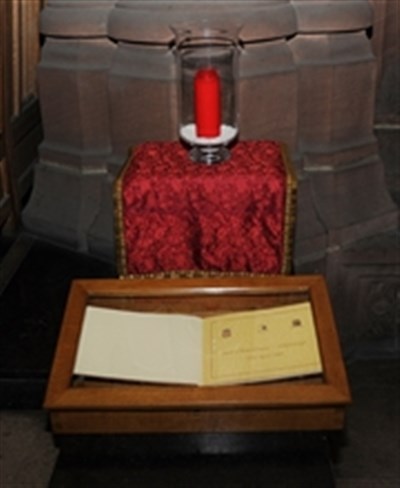 We were honoured to keep the flame burning while Liverpool Football Club constructed its new main stand. The flame has now returned home to Anfield stadium.

The flame and temporary memorial were placed in the memorial chapel while the works were being undertaken by Liverpool Football Club so fans could continue to pay their respects.

Liverpool Cathedral, the venue for the disclosure of the Hillsborough Independent Panel report, was happy to be able to offer this service for the club, fans and above all the friends and families of the 96 for the last 18 months.

The eternal flame has now been returned to its permanent home at Anfield stadium.