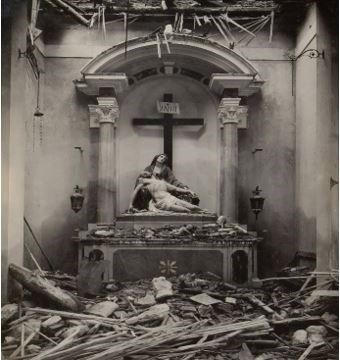 The Easter holiday is coming. When I started this blog, I just remembered that I did the same thing before last Easter too; gosh, how fast one year passed. Or did it? I had to spend the past two weeks at home because of the covid, which to me, it took longer than the whole year despite, that was nothing more than the mild symptoms; to be honest, the boredom was killing me rather than the coronavirus. The past 12 months was not the best year to remember and probably did not pass that quick for many. The news was dominated by the Covid-19, the US election, fuel crisis, political scandals, and recently the Ukraine war. Although it would probably be the same every year. There are always wars and crises in some corners of this big world, alongside the good and heart-warming news. As master Oogway once said, “there is just news, there is no good or bad”.

Unfortunately, this philosophical approach is not that helpful for people suffering in the actual situation of the bad news; people like the victims of the Ukraine war, Yamen conflicts, Taliban’s government, Iran’s regime etc. For them, time is not going by quickly. Every single day passes like one year when you are in the fear of losing your family or being bombarded or running for your daily food just to survive and when you do not see any bright perspective for tomorrow.

Many people, all around the world, are the victims of the disasters caused by politicians and warlords. Maybe we think we cannot do that much about it because we are just some ordinary individuals busy with our routine lives or maybe, we see ourselves far from the conflicts, for now at least. But this world is changing together; one war at one place affects the normal life of others in places far away. The current petrol price in most Europe and America indicates a simple example. And it is more than economy; it is about humanity, our role in the current world, and our duty toward others.

"As a single leaf turns not yellow, but with the silent knowledge of the whole tree, So the wrong-doer cannot do wrong without the hidden will of you all." Kahlil Gibran

Each of us has a certain level of involvement in this world; thus, we have some effects and roles in the ongoing disasters. A bit of pollution that we generate when we drive, politicians that we choose to run our country, products that we order from the other side of the globe, and many other usual activities make direct or dominos effects and change the peoples’ lives in some other places for good or bad. But what can we do about it? We, as ordinary individuals with no particular power. Guilt is not a good option. The same as our role which is usually small and indirect but leading to huge impacts, our bits of help and support can be small but make big changes collectively.

In the past month, more than 3 million people in Ukraine had to flee from their country; because of war. Add this to the previous 26.6 million refugees and around 84 million forcibly displaced people, including 35 million children (according to UNHCR); then, we see some shocking reality of our world. In this situation, I guess one of those small steps can be a little help for refugees and asylum seekers. The following links connect you to some of the organisations active in this regard.

Liverpool cathedral is not in direct cooperation with these organisations. I just introduced them as some examples of many charities that can be found on the internet. Furthermore, many local charities fight for social justice and support refugees and asylum seekers alongside the other deprived members of society. The Liverpool Cathedral is one of the founders of the Micah Liverpool (https://micahliverpool.com), alongside the Liverpool Metropolitan Cathedral of Christ the King and St Bride’s Church. Micah is formed to fight social injustice and poverty. It provides food parcels for hundreds of Liverpool residents per week, including many asylum seekers. Their work during the pandemic provided vital support for many families. Any help and donation would support them to prepare the necessary resources and carry on in their great job.