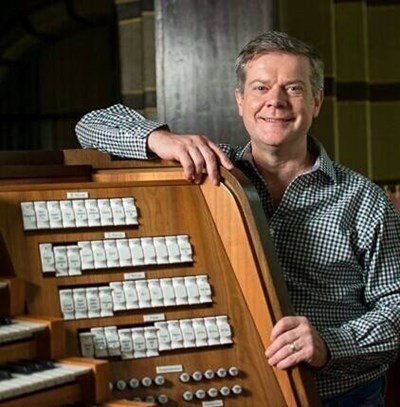 We are pleased to announce the appointment of Lee Ward as Liverpool Cathedral’s new Director of Music. He succeeds David Poulter who leaves us at the end of the summer term.

A former pupil of the Blue Coat School, Lee was appointed as Assistant Organist at Chester Cathedral at the age of eighteen. He was awarded a Foundation Scholarship to the Royal College of Music, studying for the University of London BMUS degree.

Lee has served at the Temple Church, St. Paul's Cathedral and also at St. Alban's Abbey.

In 1996 he became Director of Music at the London Oratory School, where he later took over the direction of the School’s famous Schola, making acclaimed recordings, broadcasts and several foreign and national tours. He also led an extensive programme of choral outreach in London as part of the Choir Schools' Association chorister outreach programme.

He was Director of Music at Hampstead Parish Church for eighteen years and formed a chamber choir of his former pupils, the Colle Voce Singers, all of whom are graduate musicians. Since 2012, Lee has been the Director of Music at St Paul’s School, Sao Paulo, Brazil and Organist at the Basilica of Saint Benedict.

While his current contract is drawing to a close, Lee is able to join us for the month of October and will lead the Cathedral Choir’s tour to the United States during half-term. He will officially start his role with us just in time for Christmas.

“We are thrilled to announce Lee as our new Director of Music. His musical gifts and wide variety of experience make him a worthy successor to David Poulter, who has served the Cathedral and its music with great distinction for almost ten years. Lee’s appointment begins an exciting new chapter in the Cathedral’s musical development. We look forward to welcoming him very warmly.”

“The Cathedral Chapter join me in thanking David for his rich musical legacy and wish him well in his future career and his move to Suffolk.”

Lee said of his appointment,

“I look forward very much to returning to my native city after over 30 years away and am absolutely delighted and honoured to take up the post of Director of Music at Liverpool Cathedral.”