Making sure there’s room at the inn on Christmas Eve, (well, Liverpool Cathedral). 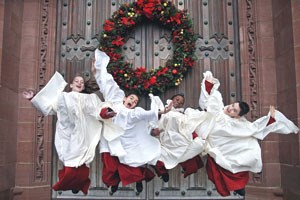 For Liverpool Cathedral, Christmas is one of the busiest times of the year and it appears that for other Church of England cathedrals it’s pretty busy too. 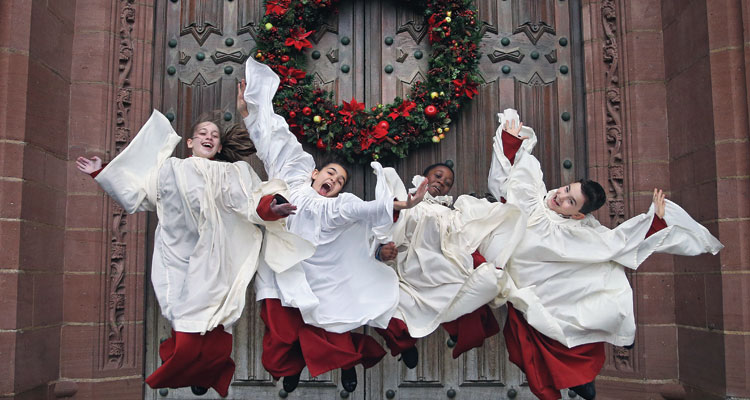 Around the country 135,000 attended services at Church of England cathedrals on Christmas Eve and Christmas Day last year. This is the highest total since records began and up three percent on the previous year.

Over Christmas Eve and Christmas Day 2017, more than 4,000 people came along to Liverpool Cathedral services, an increase of ten percent on the previous year.

‘Carols for Christmas Eve’ an afternoon carol service proved so popular, Liverpool Cathedral has made the decision this year to offer the service twice at 2 pm and 4 pm.

In 2017, 2400 people attended the family-friendly service, which is near to capacity in main space in the world’s fifth-biggest cathedral.

“Last Christmas Eve it was standing room only as our afternoon carol service was so popular. People were joking about having no room at the inn, liking it to the Christmas story. We are the spiritual heartbeat for so many and Christmas is a natural opportunity for people to reconnect and rediscover the Christmas story.”

The Cathedral is working hard to reach out to people and encourage them to come along to both Christmas services and events. Last year, it created it’s very own interpretation of the nativity – ‘Hurry to Bethlehem’. A modern twist on the traditional tale, it's being repeated this year on 16 December and features 200 children from schools in the Merseyside area.

“It’s really heartening to see cathedrals showing such signs of growth and this is reflected at our own Cathedral. The Church of England’s #FollowTheStar campaign is a great way of helping people connect with a church or cathedral through the Christmas story. After all, Christmas is a very special time of year for Christians and we want to share the message of love and joy to everyone in our communities.”

While year-on-year changes to Advent and Christmas attendance can be affected by the number of Sundays in Advent and the day on which Christmas falls, numbers attending cathedrals on Christmas Eve and Christmas Day have increased by 13 percent over the past 10 years, evidencing sustained growth.

Over 10 million people visited cathedrals (including Westminster Abbey) in 2017. Liverpool Cathedral has had nearly 400,000 visitors since May 2018, with over 60,000 people coming to see Luke Jerram’s Museum of the Moon in a week in May. This artwork was installed as part of the ‘Changing Tides’ programme as Liverpool celebrated the ten years since its reign as European Capital of Culture.