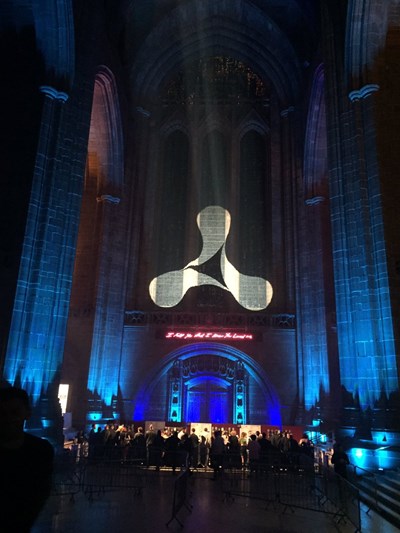 Friday 21st and Saturday 22nd April saw global clubbing institution Cream return to the hallowed ground of Liverpool Cathedral with a brand new live fusion show. Building on the success of the inaugural event, Cream’s 50 piece Philharmonic Orchestra performed a spine-tingling new set of classic cream tracks, a soundtrack that encapsulated the musical legacy of one of the world’s most iconic clubs.

The atmosphere was once again electrifying; a night that once again celebrated an era and genre close to many people’s hearts. Cream Classical Live took their winning formula to the next level, incorporating more live elements to the show including all new production and an array of vocal performances. Curated by dance music duo K-Klass and directed by acclaimed conductor and arranger Tim Crooks, this second instalment transformed the majestic surroundings of Liverpool Cathedral into a spectacular and unmissable dance party.

Getintothis reported how the venue inspired the gathering crowd “The Anglican Cathedral is one of the most impressive buildings in the country: from the outside its sheer scale and grandeur can take your breath away. Its interior is, if anything, even more spectacular”

Those lucky enough to have tickets to the sell-out event were quick to react on social media;

“I think I've just about recovered from #CreamClassical. #liverpoolcathedral was a beautiful venue.”

"What a night at #CreamClassical last night @LivCathedral looked amazing #toptunes took us back some years."

"This is my church and this is my religion, amazing night at @officialcream #CreamClassical Friday night @LivCathedral @O2AcademyLpool"