‘The Armed Man’ to be performed during Remembrance weekend commemorations 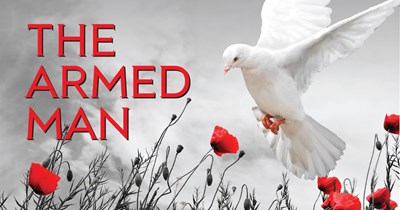 A mass choir made up of 200 voices will be joined by instrumentalists and soloists Danielle Thomas and Stuart Keen to perform Karl Jenkins’ The Armed Man at Liverpool Cathedral on Saturday 9th November.

Military marches by members of the Air, Sea and Army cadets from across the city will add to the poignant yet powerful spectacle, making this a key part of the Cathedral’s Remembrance weekend commemorations.

Stephen Mannings, Director of Choral Outreach at Liverpool Cathedral said “This will be an extremely memorable and moving performance of this world-renowned and highly acclaimed work. The mass choir is made up from performers from across the North West including the Cathedral’s own community choirs L64 and the Gilbert Scott Singers joined by over 100 other singers from choirs and choral societies across the region.”

The work pays homage to those who lost their lives in the Kosovan War. The performance describes the build-up to war, the war itself and its consequences, combined with a strong plea for peace.

The concert takes place on Saturday 9th November, 7.30 pm. Tickets are priced at £12 adults and £8 children, they are available from Liverpool Cathedral’s shop.