We get ‘on bard’ for Shakespeare anniversary 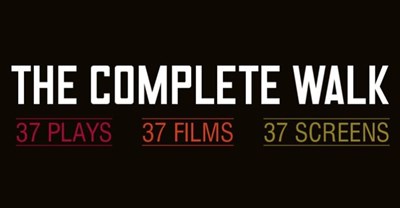 Liverpool is getting ready to host a very special tribute to one of the world’s most famous playwrights and we are proud to be a part of it!

Announced last month by Shakespeare’s Globe, Liverpool is the only UK city, so far, outside of London to host ‘The Complete Walk’.

The free project will see a series of 37 short films played on screens at city centre venues on Saturday 23 and Sunday 24 April – marking the 400th anniversary of Shakespeare’s death.

The Florrie, Liverpool Philharmonic Hall, Kazimier Garden, the Town Hall, Aloft hotel, Liverpool Cathedral, Granby 4 Streets and Tate Liverpool are just some of the venues who will be hosting the rolling ten minute films.

We will be screening Hamlet here at Liverpool Cathedral on Saturday 23rd April between 10-4.30pm. This will be a great occasion for us being not only Shakespeare’s birthday but also St George’s Day.

Eryl Parry, Liverpool Cathedral’s Director of Enterprise, said: “Hamlet is one of Shakespeare’s most popular plays, and of course, packed full of famous quotes that have become part of our language: “to be or not to be, that is the question”, “to thine own self be true” and “the lady doth protest too much, methinks” to name but three!

“To show this, of all films in probably the least known part of our magnificent Cathedral (two floors up, but with lift access), will be a real one-off and memorable experience.  It is always great to be part of city-wide festivals, and like so many others here we’re sure that it will capture the imagination and allow people to enjoy our great spaces in a new and creative way.  "Though this be madness, yet there is method in't!"